Michael officially started kindergarten back on August 16. For some reason our district always has the kindergarten students begin on Friday. You'll notice I didn't post anything about his day on Friday...


That's because Friday went unbelievably well. I was a bit afraid that, if I posted about it, he would give the whole thing a second (or third) thought over the weekend and Monday would be a nightmare. Then Friday night he told us he loved his teacher and Saturday he told us he couldn't wait to see her again. And Monday he just got right up and went to kindergarten again like it was no. big. deal.

Tuesday morning he very casually said he didn't feel like going, but put up exactly zero fuss when I said he'd be going anyway. 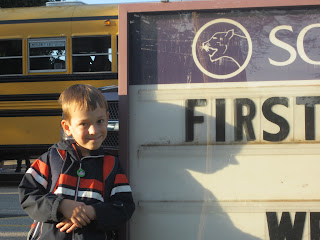 But back to August 16. For many reasons I was worried about the first day of school. Michael is not a fan of change and tends to be anxious about new situations. He can also struggle with separation anxiety. He cried daily his first year of preschool, daily. Last year he put up such a fuss about going to Sunday School that we actually let him quit. He also gets easily overwhelmed in big groups and I think there are about 25 children in his kindergarten class. He also has an intermittently intense fear of any toilet other than ours, which is a story for another time. 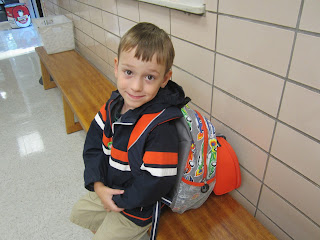 Not only was I concerned about how he would do with the part of the day when he had to separate form me, I was also worried about how tired he would be. You see this little guy would still take a nap after lunch every day if we asked him to lay down. Not only is he doing morning kindergarten, he is also participating in an afternoon enrichment program, which means he is at school all day long.

So far, so good. Now he's usually a wreck by four or five on a school day, but he seems to handle things okay while he's there - which is all I can ask for. 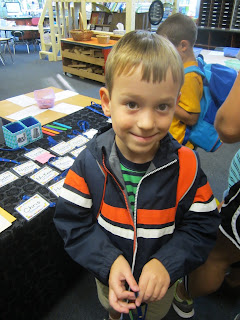 The first day he didn't so much as hug me goodbye or wave when I walked him to his classroom. I almost called for him to come back and say goodbye to me but fortunately thought the better of it and managed to walk down the hall and around the corner before I started to cry...

And I did cry, although not that much. But I had a brief pang of grief that I'd just sent my baby away for the whole day... Even though all last year I left him all day, every day. I think it feels different now because, if I'm being fully melodramatic, kindergarten feels like the beginning of the end. Oh he has lots of childhood left -but the days of him being with me most of the time are gone. And yes, I even feel a little guilty that I gave up those days last year.

Michael came beaming to the car when I picked the children up from school that first day. "Great news, Mom!" he said, "Not one tear went down my cheek the whole day!"

I've been trying to catch up on some long neglected blog-reading and commenting, as well as figuring out how to get going again in this space. You know what I noticed tonight? I am having more trouble reading blogs (or anything) with our computer set up the way it is: 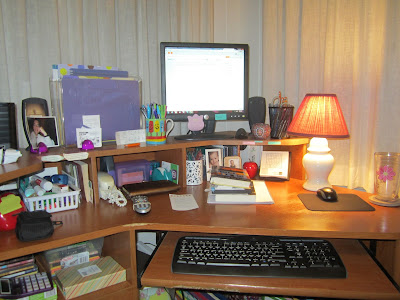 The computer monitor is mounted on a little shelf above the desk and when the keyboard is pulled out, you know, when I'm typing, I have just noticed that it is getting a little difficult to read the computer screen.  To be fair, it is really far away from my chair...

For years I have been saying that I should probably have my eyes checked. I think I have only been to an actual eye-doctor for a checkup once, maybe in junior high? As I am now closer to 40 than 30, and I'm the only one in my family that doesn't wear glasses at all, perhaps it is time to bite the bullet and get my eyes checked. I actually have time to make an appointment, now that both kids are in school five days a week.

In the meantime, I think I'll just do a little rearranging...

I Probably Should Have Mentioned...

Can you believe it was the FIRST DAY OF SCHOOL here today? Me neither!

This summer flew - faster than most. Some of that probably had to do with the fact that I was on contract until June 12 so my summer was short. Exactly three weeks shorter than Harper's...

Speaking of Harper, look who's in third grade: 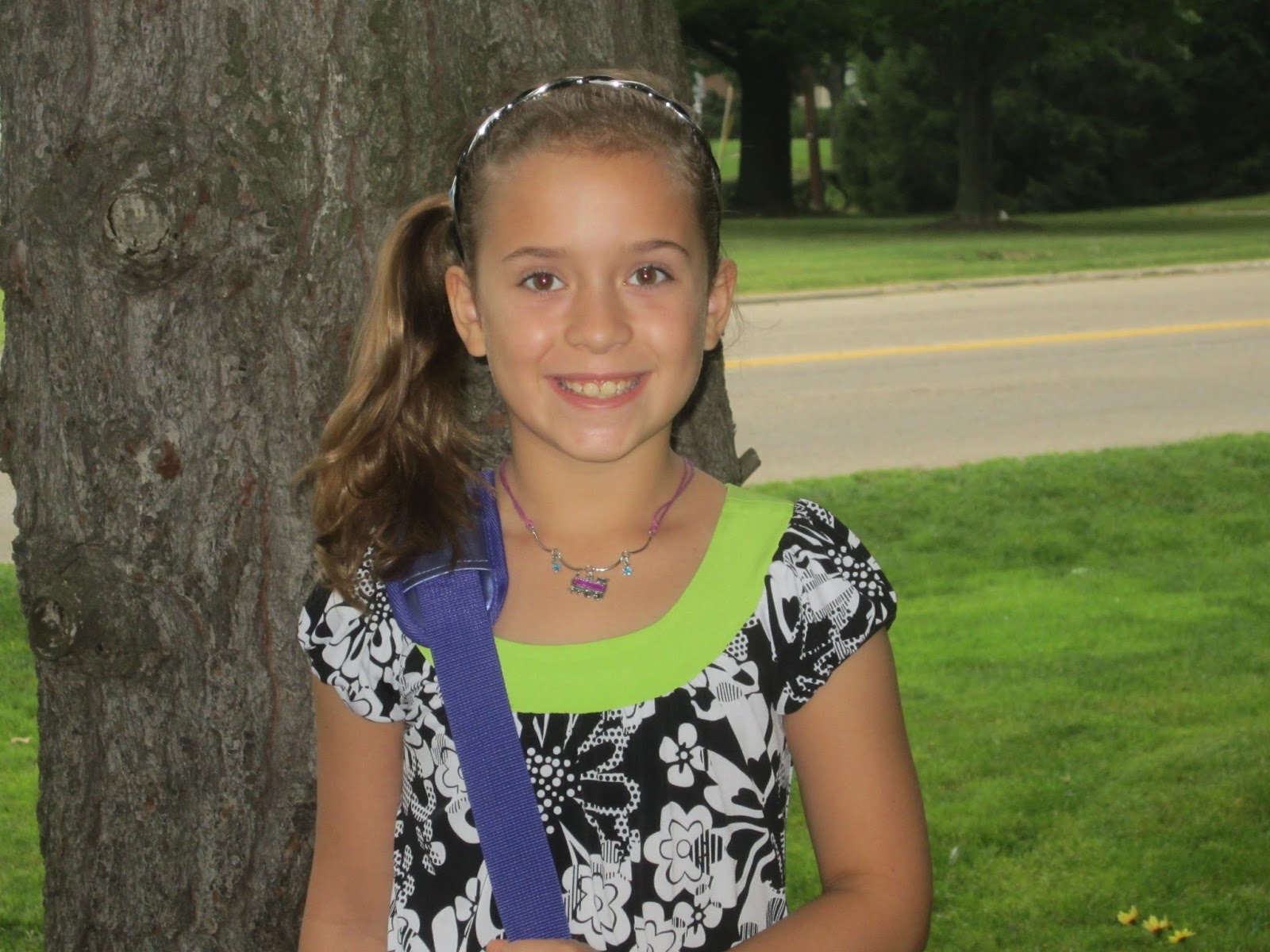 Do you need a moment to let that sink in?

There is so, so much to discuss. And I will have some time to do it beginning Friday when Michael starts kindergarten. (I'll give you another moment to let that sink in...)

So, a friend left a question on Facebook that made me realize I never told all of you that I'm not going to back to work this year. As you can imagine I have a LOT to say about that. But not tonight.

Because of a supplemental program Michael is doing in the afternoon I am actually going to have my two only children in school for a full day every day of the week. That is a lot of solo hours my friends.

What's new with you?